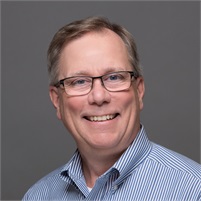 Bob has been helping individuals and businesses with their financial needs since 1981.  Upon earning an undergraduate degree in Agricultural Economics from Purdue University, he began his career as an agricultural loan officer for Production Credit Association in Montgomery County.  In 1989, Bob expanded his financial skills by transferring to Midstate Bank of Hendricks County, Indiana.  While there, he added retail banking, residential mortgage, and commercial lending to his career.  He continued in banking until 1999, when he became a financial advisor with National City Investments.  In 2003 he transferred to Edward Jones, LLC in Plainfield, Indiana.  He continued his growth and success with that firm until 2011, when he decided to become an independent financial advisor.  That is when Bob created his own company and started doing business as Milligan Financial Services.  He has grown his business by earning more of his clients’ and community's trust, and he is grateful for these opportunities.

In 2015, Bob was contacted by Hoosier Heartland State Bank to serve as their financial advisor for their investment department, Hoosier Heartland Wealth Management.  Hoosier Heartland is the first company with which Bob has been associated that is truly aligned with his own involvement and commitment to the people and the community he serves.

Bob's focus is helping people make the right decision at the right time, which is always based on his client's timeframe.  His approach starts with listening to his clients and then developing a plan that is meaningful and well-understood. As part of his efforts to make sense of each individual’s needs and goals, he regularly meets with clients to monitor progress and make adjustments.

Bob and his wife, Jeanne, were married in 1986 and moved to Plainfield, Indiana. Their two sons are now adults, married and starting their families.  Through the years, Bob has been active with the Plainfield United Methodist Church, Plainfield Chamber of Commerce, and Walnut Hill Homeowners Association.  He was also involved with youth activities such as youth sports, school organizations, church groups and Boy Scouts while he and Jeanne raised their family.